The Powerball jackpot for Wednesday’s lottery drawing has climbed to an estimated $202 million, with a cash option valued at $119.5 million. The drawing will be held at 10:59 p.m. and be televised on WABC-7 in New York City and Fox 29 in Philadelphia. No one across the country hit Monday’s $191.1 million jackpot. There were also no second-prize, $1 million tickets sold. In New Jersey, no one won more than $300 with a single ticket, lottery officials said. Monday’s winning numbers were: 15, 21, 31, 36, and 65. The Powerball drawn was 16 with a Power Play of 3x. In addition, no one won the secon… 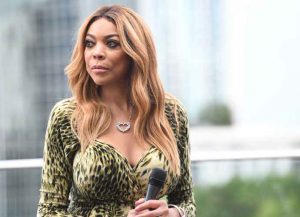 Published by uInterview.com A short video interaction on TikTok caused some worry among fans of Wendy Williams when the veteran TV host appeared briefly confused when answering a fan’s question. The video begins abruptly showing Williams in the back seat of a black car with three people standing by interacting with her. She’s showing off […]